Singapore — A woman’s Tweets where she claims that Singapore is discriminatory and has not done enough to get expatriates vaccinated has gone viral.

A series of Tweets – that has since been taken down – from one Neha has gone viral as she compares Singapore to Somalia.

In her Tweets, she wrote that expatriates contribute to the local economy as much as Singaporeans do, “if not more”, yet they were being discriminated against when Singapore did not make it its priority to vaccinate expatriates.

“This is utter nonsense”, Neha wrote, tagging the Ministry of Health and Ministry of Home Affairs in her Tweet. 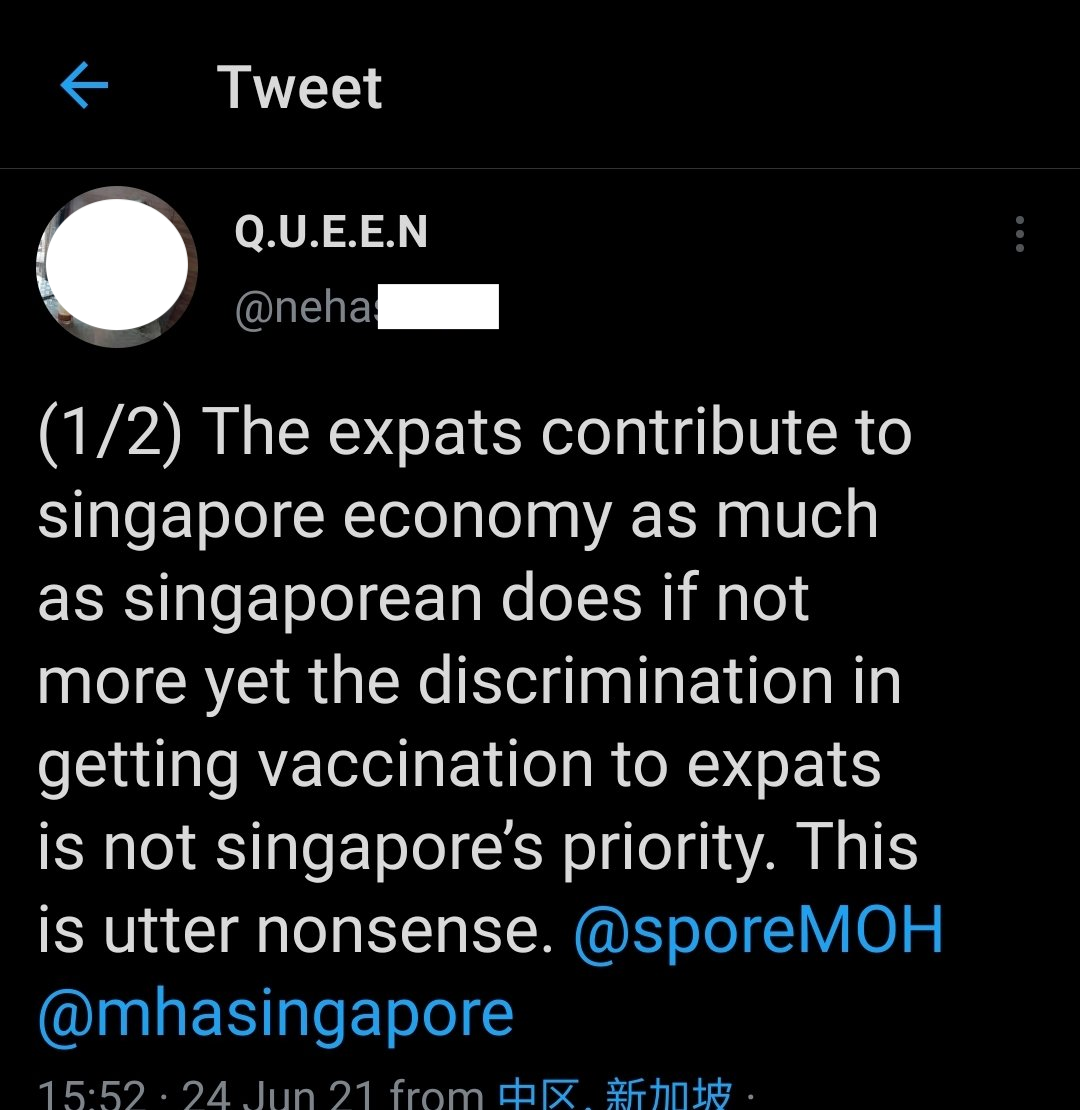 Her second Tweet said that the government has opened vaccination slots for Singaporeans aged 12 to 39, yet a 39-year-old expatriate (presumably herself) did not take precedence over a 13-year-old Singaporean “even though (they were) carrying bigger risks”, she wrote.

“This is not somalia (sic) we are talking about, this is SINGAPORE”, she added. 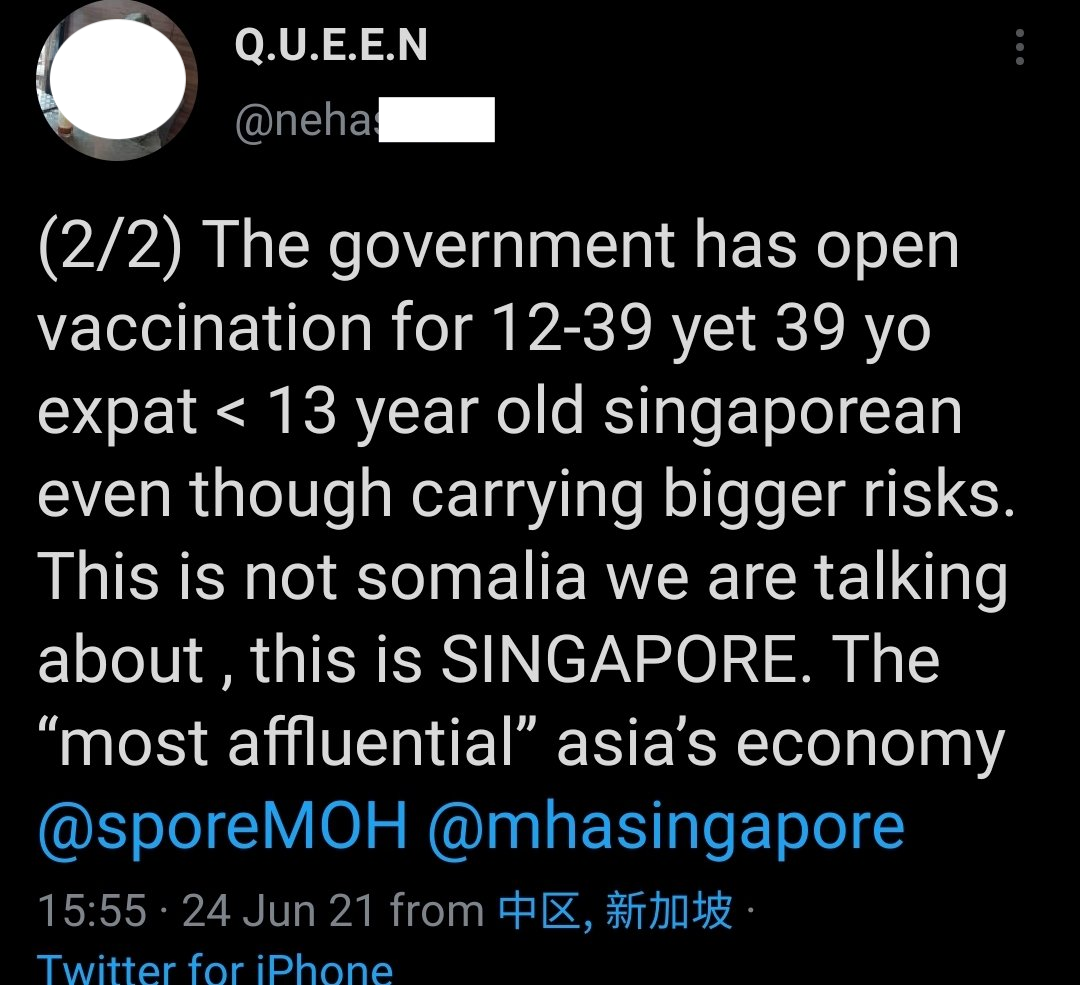 Replying to a netizen in one of her Tweets, she added that Singapore has “means, status and money required to get vaccines, get the registration open and see where we go from there” but, it has chosen to prioritise a 12-year-old over a “39yo diabetic patient”. 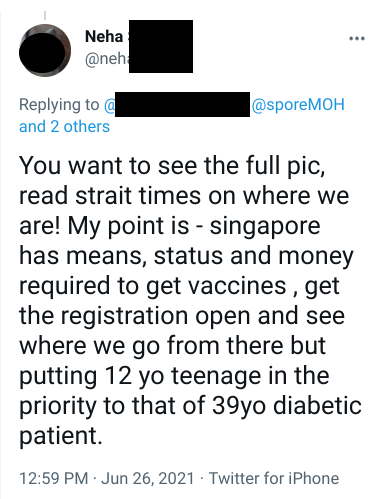 Screenshots of her Tweets were shared on social media, they were also posted on the forum pages of www.sammyboy.com.

According to gov.sg, eligible individuals may register their interest for vaccination at vaccine.gov.sg. The priority window for Singapore Citizens aged 12-39 years old to get vaccinated was extended by one week till 1 Jul 2021. /TISG